Alisto Engineering Group paired with Cenergy Power LLC to compete for the $9 Million Dollar Design-Build solar system retrofit development of 11 school facility sites for New Haven Unified School District throughout Union City, CA. The project included both rooftop installations as well as solar carport shade structures for a total capacity of over 3MW of renewable energy, enough to fulfill the need of ___% of NHUSD’s overall power usage. Eight of the sites were designed and built during the Summer and Fall of 2016. The other three were completed during the Summer of 2017. Alisto was responsible for the Local Project Management, DSA approvals and acted as the Architect of Record. Alisto also served as the subcontractor for underground utilities (Horizontal Boring ), asphalt and Concrete paving, Tree Removal and Demolition, and ADA upgrades 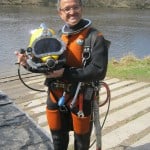 Musarrat Satti, PE, PMP (or Satti as he prefers to be called) is an accomplished Civil Engineer and project management professional who has over 26 years of experience providing civil engineering services for multiple sectors including water, infrastructure, project management and quality control. Satti is also a certified diver and served as an engineer-diver for the NAVFAC Waterfront Inspection Services.

At Alisto, Satti’s focus is on business development, including assisting with proposal development, subconsultant coordination and client outreach. He has also been providing management support for the LEUSD projects, which require varying degrees of design, coordination or construction-related services. Satti is looking forward to helping develop internal QA processes and procedures for design projects to help minimize rework and standardization of procedures that will help strengthen the quality and accuracy of our work.

As part of the gas system maintenance program, PG&E has contracted with Alisto Engineering 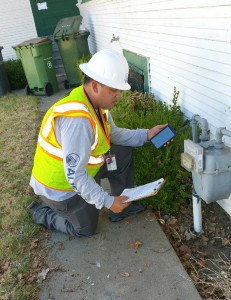 Group to perform regular gas meter inspections to look for corrosion (rust). If we identify a meter with corrosion, PG&E will repair and/or replace the meter as necessary.

Click here to view photos of our inspectors: AC Inspectors

We will conduct meter inspections from March to October 2017 throughout PG&E’s service territory. Our inspections will occur Monday through Saturday, 7:00 am to 6:00 pm.

Our new L.A. office will serve the need of our clients at Los Angeles School District, SEMPRA, Lake Elsinore School District, etc. in the areas of Project Management, Engineering & Design, and Permitting. 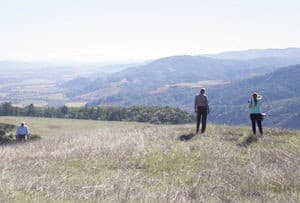 Not satisfied with merely repurposing an entire mountaintop to build a dam 50 years ago, the United States Army Corps of Engineers (USACE) and the Dry Creek Rancheria Band of Pomo Indians agreed to transform the plateau above Lake Sonoma into a solar field to supply their facilities with the bounty of the sun.

Rancheria Chairman Harvey Hopkins met with San Francisco District Commander Lt. Col. John Morrow and chief of USACE San Francisco District operations Mike Dillabough Nov. 10 to sign a memorandum of understanding, granting the Pomo access to 290 acres of plateau land above the lake for the construction of solar panels, with easements for building power lines to lead up to the panels.

“These are our ancestral lands,” Hopkins said. “This guarantees that no new projects will be built around Lake Sonoma and it’s a great way to provide power to the hatchery.”

Planned in the 1960s and completed in 1983, USACE used material from the top of the surrounding mountainside to create a dam to deter flooding and provide a place of waterborne activity for the local residents. The resulting plateaus became a wildlife preserve for Peregrine Falcons, which at their lowest numbered two known birds. “Nowadays, the Peregrines are off the endangered species list, and the nesting areas are far away from where the solar panels are being built,” said park ranger Brian Emmons.

The construction is a two-phase process where 40 acres of land generate five megawatts of power, to be distributed evenly between the Lake Sonoma fish hatchery, visitor center, office buildings, restrooms and tribe-owned buildings in Dry Creek, which include the River Rock Casino, the Dry Creek administration building and the fire house.

While current power estimates for USACE and Dry Creek Rancheria total eight megawatts, phase 2 production plans to make the remaining acreage available to construct additional solar cells that produce a total of 10 megawatts. “This part is just to try out the process,” Hopkins said. “We’re not sure how much power we need, and this is a good way to provide clean power a little bit at a time until we have as much as we need.”

Dillabough looks forward to a cheap source of renewable energy to power the hatchery. “Right now, it costs $200,000 per month to keep the hatchery powered 24/7,” he said.

Excess power beyond the requirement of the hatchery, Lake Sonoma visitor’s center and the Dry Creek Rancheria diverts to other USACE buildings as needed. “This agreement is another example of the great partnership the San Francisco District and the Dry Creek Rancheria have built the past few years, which includes fish habitat restoration, cultural preservation, tribal education awareness and now environmentally friendly renewable energy,” Morrow said. The solar project is part of the United States Army’s plan to incorporate 25 percent renewable energy in their infrastructure by 2025.

“This is the best possible thing we can do with that land,” said Dry Creek Rancheria spokesman David Hyams. “The hatchery gets cheap power and the Tribe benefits as well. Plus, you won’t even see the power cells from the visitor’s center.”

A huge solar array could be in place by next spring in the hills overlooking Lake Sonoma under a cooperative venture announced Monday between the U.S. Army Corps of Engineers and the Dry Creek Band of Pomo Indians. The solar panels would generate electricity for the fish hatchery, visitors center and other buildings at the base of Warm Springs Dam northwest of Healdsburg, as well as the tribe’s River Rock Casino and its other facilities near Geyserville, according to details released by the tribe and the Army Corps. Tribal Chairman Harvey Hopkins called it “great for the tribe, great for Sonoma County and great for the environment.”

The initial 5-megawatt system would be the largest single solar installation in Sonoma County, eclipsing a 3-megawatt facility near Cloverdale.  Army Corps Lt. Col. John Morrow said the solar development is consistent with President Barack Obama’s order for federal agencies to reduce their carbon footprint, along with the corps’ goal of having 25 percent renewable energy by 2025.  Army Corps park rangers took reporters on a tour of the solar site, on a dirt road accessed by four-wheel-drive vehicles.

“There’s plenty of room to expand up here, plenty of sun,” park ranger Brian Emmons said as he overlooked the site, on a tabletop mountain about 500 feet above Lake Sonoma.  The approximately $21 million project will funded by private investors at “zero cost” to the tribe and the corps, according to Rinaldo Veseliza, an architect and engineer with Alisto Group Engineering, the tribe’s energy consultant.  The agreement signed Monday included an easement with the Army Corps that allows the tribe to access the property and explore development of the solar array, tribal attorney Michelle LaPena said.

“The Corps is not in a business of developing solar enterprise,” she said. “But the tribe is able to maneuver on a governmental basis, reach out to developers and industry in the solar and renewable energy fields and bring those experts here.”
The cost of solar energy has gone down significantly over the past decade and is going down further as more companies and investors get involved, Veseliza said.

Investors will benefit from solar tax credits, and the tribe and Army Corps will be able to buy electricity at below-market rates after the solar installation is built, according to Veseliza.  Initially the plan is to have an array with hundreds of panels generating 5 megawatts, the equivalent of enough electricity to supply about 2,500 homes, he said.

The first phase is planned for 42 acres on a now flattened mountaintop that was dug out for 30 million cubic yards of dirt to build Warm Springs Dam. The compacted, earthen-fill dam was completed in 1983.  The dam helps with flood control and stores supplies that provide the bulk of water for 600,000 Sonoma County Water Agency customers in Sonoma and parts of Marin counties.

A second solar construction phase is planned that could bring the total electricity generated to as much as 10 megawatts, with an additional 200 acres made available.  The flat terrain makes it “ideal for this type of venture,” said Mike Dillabough, chief of the Army Corps’ Operations and Readiness Division for the San Francisco District.

“There’s not a lot of other uses for that area. But it’s potentially perfect for the placement of these solar panels to be able to tap in and plug into the grid and put the energy into the system,” LaPena said.  A federal environmental review of the project will begin this week, according to Dillabough, but he said he does not expect any significant issues.

“It was literally the inside of a mountain,” he said of the site selected for the solar array, an area that is out of bounds to the public, which mostly comes to the lake for recreational purposes such as boating, water skiing and fishing. The project may be visible from an observation point at Lake Sonoma, according to Army Corp officials.  Approximately 8 megawatts would supply the tribe’s needs and the Army Corps’ facilities at Lake Sonoma, with excess energy credited toward the electricity demands of other Army Corps’ facilities.

Dillabough said the Army Corps currently spends about $200,000 a year on power for its fish hatchery, which annually produces more than 300,000 steelhead trout and chinook salmon.  The solar power would reduce the electric bill by anywhere from $10,000 to $50,000 a year, he said.  The Dry Creek Band of Pomo and Army Corps have an ongoing relationship brought about by the flooding of the tribe’s aboriginal lands when the lake was filled, including loss of sedge areas used in traditional native basket weaving.  An area alongside Dry Creek, just downstream from the dam, was set aside for replanting sedge, a recommendation that came from an advisory council made up of three tribal rancherias that had historic ties to the land that was inundated. It included Dry Creek, Cloverdale and Kashia Pomos.  The Army Corps also leases 24 acres below the dam to the Dry Creek Pomos for use as a tribal brush arbor for tribal ceremonies and gatherings.